The Puzzle of the Happy Hooligan

The Puzzle of the Happy Hooligan

On vacation in Hollywood, Miss Withers gets a job—and a case

Hildegarde Withers—schoolteacher and occasional detective—has just finished planning her grand European tour when Germany invades Poland. Not wishing to join the international conflict, she books a ticket to Hollywood, trading the Louvre and the Vatican for the Brown Derby and La Brea tar pits. She has only been in Los Angeles three days when she’s offered a job in pictures. Not as a starlet—Miss Withers is no ingénue—but as a technical adviser to a film version of the Lizzie Borden story. The job is perfect, for no one knows murder like Miss Withers.

On her first day at Mammoth Studios, the screenwriter in the next office dies of an apparent broken neck. To understand why, Miss Withers must contend with a film producer who makes her third graders look like grown-ups—and a killer every bit as vicious as Lizzie Borden herself.

The Puzzle of the Happy Hooligan is part of the Hildegarde Withers Mysteries series, which also includes The Penguin Pool Murder and Murder on the Blackboard. 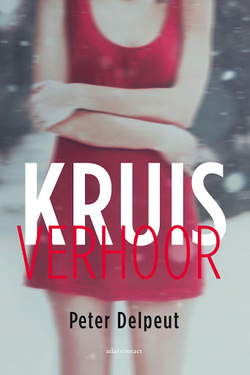